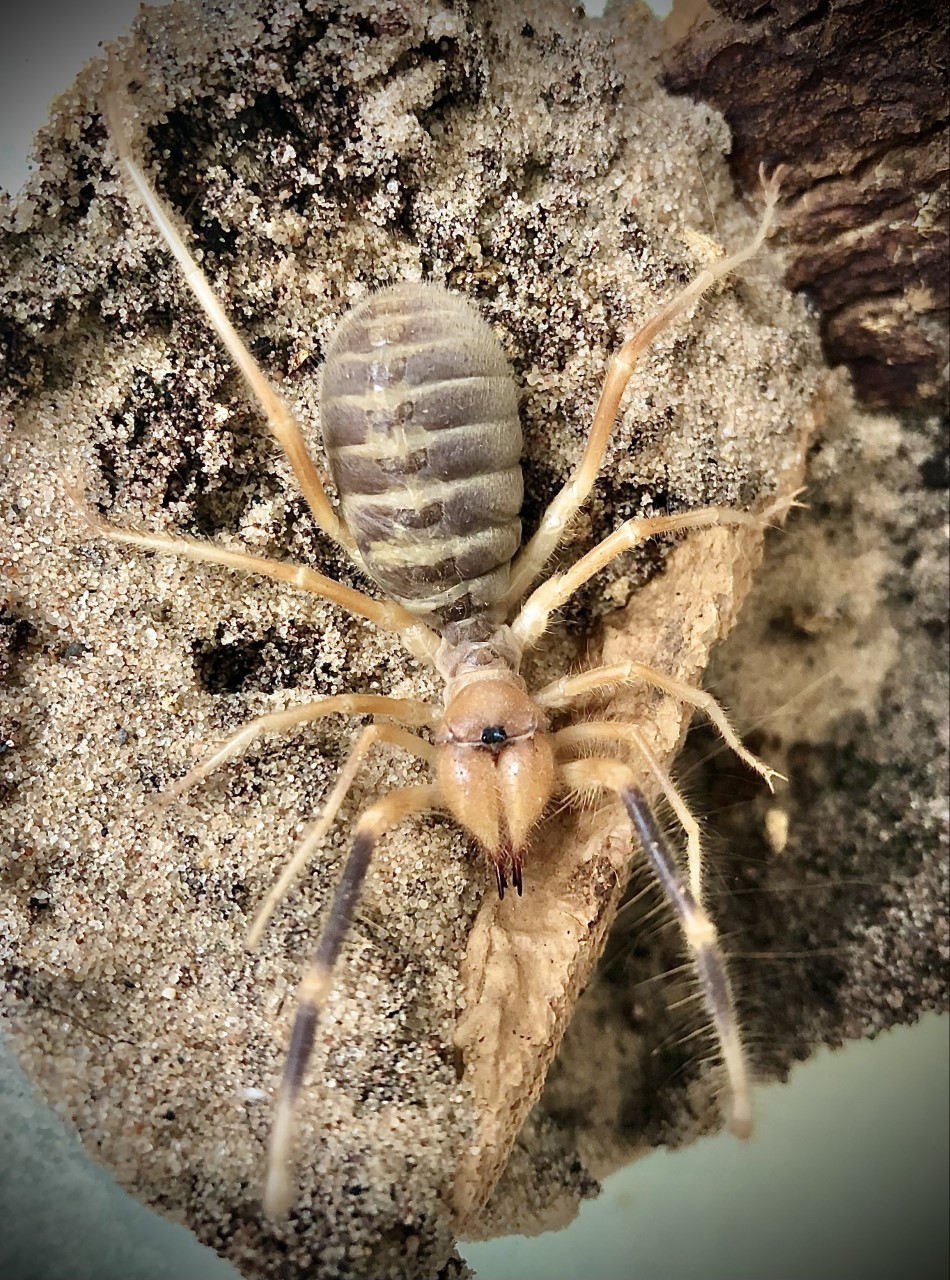 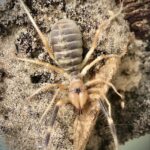 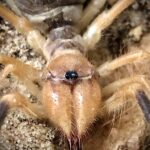 How about an awesome crystal clear ‘Top-opening door vivarium‘ to keep your gorgeous new friend in 😀 Every new pet should have an awesome new home to live in!

These arachnids are fast moving aggressive hunters with their massive jaws and it’s front legs work as feelers to detect and its prey. A challenging but interesting captive as always very active and grow very fast. These Arachnids are not scorpions and not spiders, they belong to their own order solifugidae. These are sometimes referred to as Wind, Sun or Camel spiders.

These are best kept in opaque enclosures with a deep sand/ coir based substrate. When heating the enclosure make sure there is a thermal gradient and makes sure there is a night time drop in temperature. Its important to use lots of hides so they can find a place to settle as they can be easily stressed. If your Camel spider is pacing around all day more adequate hiding places are needed.

Also most importantly keep your fingers outside the enclosure, if they bite they tend to hold on for a while.

Galeodes is a genus of solifuges or sun spiders. The nearly 200 species in this genus are found in northern Africa, southeastern Europe and Asia. Like other solifuges, they are mainly nocturnal and found in arid habitats. They often have long hairy appendages and are not as stout bodied or dark and contrastingly coloured as some other solifuges. Some Galeodes species are able to produce sounds by stridulation. These are usually raspy or hiss-like and may be imitations of the sounds of vipers, to serve a defensive function.[2] As in other solifuges, mating involves the male depositing a spermatogonia that is manipulated into the female genital opening using their chelicera. The male strokes the female using the palps allowing her to be approached. Females will often feed on males before or after mating. The female then deposits the eggs in a burrow in soil and in some species guards them.[3]

How about an awesome crystal clear ‘Top-opening door vivarium‘ to keep your gorgeous new friend in 😀 Every new pet should have an awesome new home to live in!